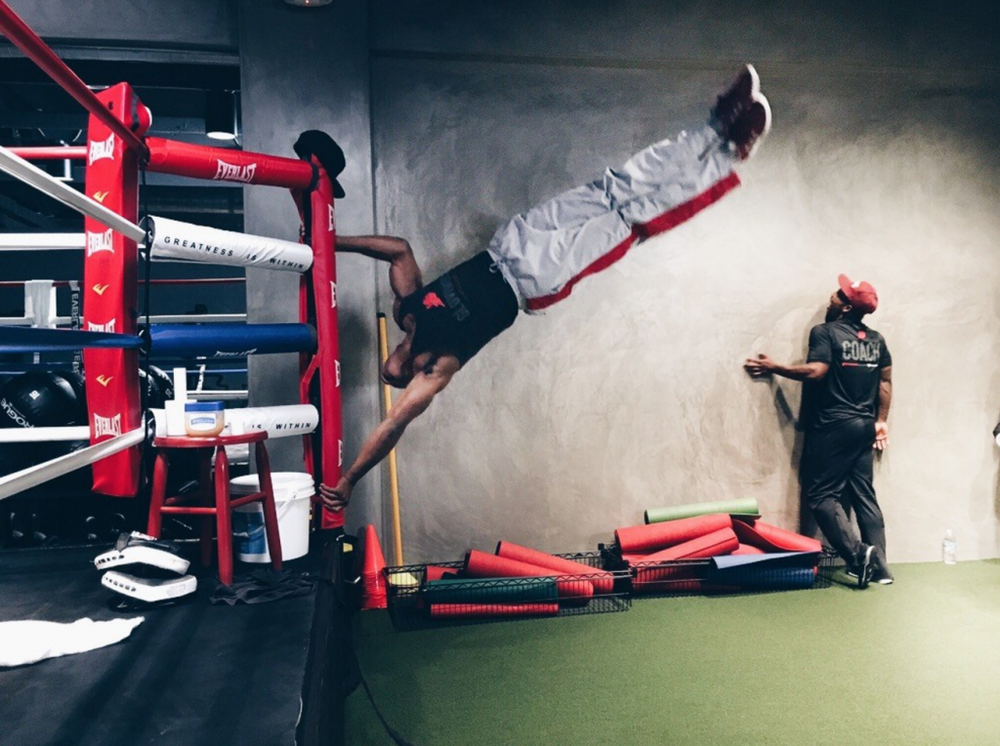 Intelligent Boxing Movement | How to Do a Defensive Boxing Pivot

Great movement is a thing of beauty to observe. Boxers who move well are not only hard to hit, but graceful to watch in the ring. While the most graceful boxers make their movements look natural, they actually drill combos many hours a day to create instinctive responses.

One of the movements many boxers find useful to drill includes the pivot. There are two types of pivots that boxers regularly use: the defensive pivot and the offensive pivot. Read on to learn more about defensive boxing pivots from our Gloveworx coaches.

What is a Pivot in Boxing?

A pivot is when the front foot (left if orthodox/right if southpaw) remains planted and works as a point of rotation while the back foot swings around in a half-circle. You can pivot defensively or offensively, depending on the situation you’re in. For now, we’ll focus on pivoting from an orthodox perspective and discuss your stance as if your left foot is in front.

When to Use the Defensive Pivot in Boxing

The defensive pivot, also known as a backside pivot, is most effective when used in bull vs. matador situations—where the opponent tries to force pressure on you in hopes of gaining control and momentum. When the opponent rushes in, his own momentum is used against him as you pivot out of the way and let him fall off balance, all while capitalizing on the opportunity to counter. The time that it takes an opponent to catch themselves and reposition opens up opportunities for you to counterpunch as many times as you can.

The backside pivot can be performed after throwing a straight right hand, but it is most effective when paired with a left hook. Throwing the left hook and then turning it into a pivot to gain further advantage is a perfect sequence against aggressive fighters. This combo is called the “check hook.”

Throwing a check hook requires the lead foot to turn at the same time the hook is thrown. Pivoting as you’re punching only works well because the body is already set into the proper position needed to pivot after the hook.

Proper execution of the defensive pivot creates the best opportunities for a transition to a strong offense, as the aggressor is almost always off-balance and unready to defend. This is a great move that—when perfected—will demonstrate an adept boxing IQ, good footwork, balance, and coordination.

Learn how to perform the defensive pivot through pivot footwork drills when you visit us at Gloveworx!