Keep Rollin’ | Important Elements of the Roll Technique in Boxing 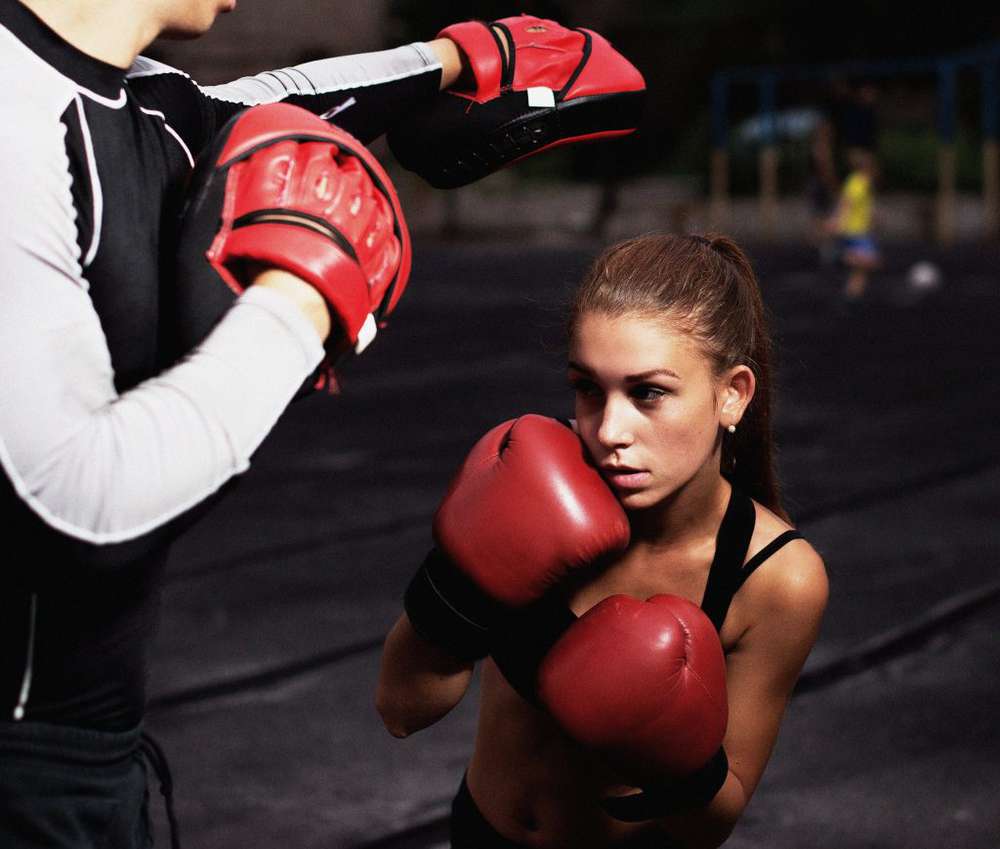 One of the most common movement skills we teach here at Gloveworx is the roll, also known as the bob and weave. It is an evasive maneuver that’s frequently used to avoid a hook, and it is most commonly performed after throwing a right hand. While the movement pattern is common at Gloveworx, and it’s a foundational move in boxing, it’s not the easiest movement to execute.

The boxing roll can be difficult to understand for both veterans and newcomers, and it’s a challenge to link into common combos used on the mitts. Even though most of us are not training to fight, it’s still important to understand why the roll is common in boxing, as well as how to apply it with the combos you throw while working on the mitts. Learn more about how to bob and weave like a pro from our Gloveworx coaches.

Why You Need to Roll in Boxing

The key to executing the roll is understanding what you want to do before and after the movement—and just as importantly—why you are learning to roll. The goal of bobbing and weaving is to avoid a hook, and immediately come back with a right hand or a combo of punches that begins with the right hand.

Think about an opponent throwing combos as you block. They might start with a jab, move into a straight right for a classic 1-2 combo (one of the most well-known boxing combinations), then follow up with what a finishing move to the combo we at Gloveworx call a Clutch 3. That finishing move is known as a left hook.

The left hook is a high-risk, high-reward hit and one of the most dangerous punches in boxing, for both you and your opponent. There's a lot of weight being thrown behind your left shoulder for this punch. If you land it, the results can be devastating in the best possible way. While landing shots is essential for all punches and boxing combinations to use energy effectively, it becomes even more so with the left hook.

When you throw a left hook, your stance shifts, your front foot and knee rotating inward. This motion is something we like to call squashing the grape. The power comes from the ground up, from your feet, up your legs and torso, through your shoulder and down to your fist. Your left arm is held at a 90-degree angle, coming in from the side, while your right fist is held up by the face to block.

If your opponent fails to land the hit, that momentum works against them. They leave their torso exposed and unprotected with their head turned from their focal point. The movement may cause them to become unbalanced and come out of their boxing stance, making it the perfect time to land a series of rolling punches.

Now that you understand why it’s important, you need to learn to move in a way that’s efficient in avoiding a hook and setting up a good position to throw a straight right hand.

Key Components of the Boxing Roll

Let’s start with the coaching cues. The sink and shift is a cue that coaches commonly use when teaching students how to perform the bob and weave. After throwing straight punches (A.K.A. a two), Contenders need to sink their hips (using a hip hinge, not bending at the lumbar spine) to get under the oncoming hook. From that stance, you'll need to be able to shift your weight toward the oncoming punch to reposition yourself to throw a counter punch.

The area where we see the most common problems is when it comes time to shift the weight to reposition the body. We see contenders sink their hips without shifting their weight to reposition themselves, and it leaves them in an awkward position, without an angle to throw another punch of the same caliber as their first straight right hand.

Remember, it's not just about using your shoulder and positioning your arms in boxing. You must be in the right stance, starting with your foot placement, the bend in your knees, and working your way up to your head movement. It doesn't matter whether you're a seasoned fighter in a bout or a new contender doing some shadow boxing for a good cardio workout: position matters.

The key to remedying the imbalance mentioned above is to take a step to the outside of your opponent after you sink your hips, forcing you to shift your weight. Then, reset the right side of your body, so that your right shoulder and hip are back in their original stance and ready to fire again.

Getting the Boxing Roll Down

The roll is designed to put you back into position to return a punch after your opponent swings at the air. Although the position at the end is the most important part for putting power behind your punches, each part of the movement is affected by the movement preceding it. To this end, to roll efficiently in boxing, you have to be smooth and link it all together.

Once you've mastered the roll, you'll learn to add the defensive slip movement for a strong slip n' roll. When slipping and rolling are used effectively, they can be a great way to evade punches. Learn more about this defensive boxing maneuver here.

Want to start rollin’? Come work with the coaches at Gloveworx! Start with a Gloveworx 101 session so we can cover the basic movements to help you Become Unstoppable. We'll help you get the confidence you need to put on your gloves, step into the ring, and face your greatest challenger: yourself.