Anatomy of a Straight Right Hand 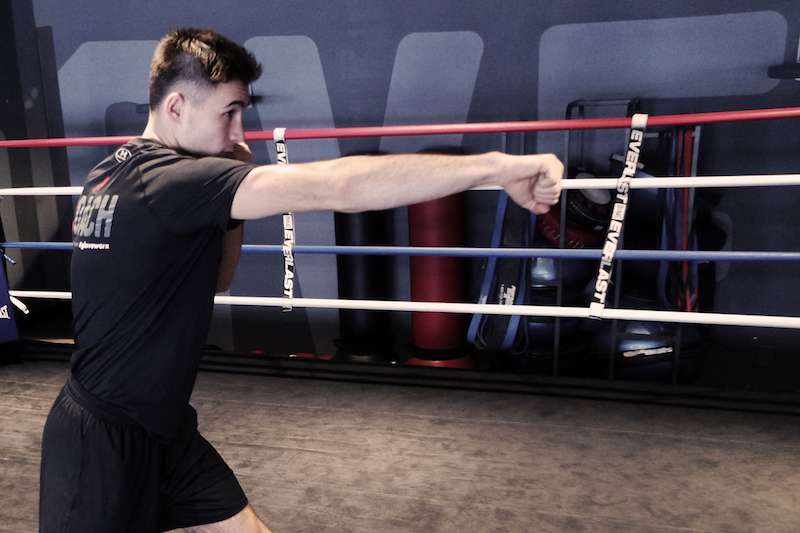 In one of our previous posts, we discussed the anatomy of a strong jab. When starting boxing training, the first step to help you Become Unstoppable is creating a solid stance and setting the foundation for powerful punches when practicing with the mitts. Then, getting the right motion to make an impact with the jab comes next.

In this post, we'll take a deep dive into the straight right hand, and how to do this motion with the greatest power possible.

What is a Straight Right Hand or Right Cross?

A straight right is the second part of a one-two combo, often thrown quickly following the jab. Whereas a jab is a quick hit, and often used as a way to test an opponent's defenses, a right cross uses full extension and creates a powerful blow.

As an offensive punch, the straight right hand is a powerful weapon that should be used to do some damage when you land a hit! You’ll need to use the momentum of your entire body-- from your feet to your legs through your hips and shoulders-- to generate the energy you need.

How to Throw a Straight Right

To throw the straight right hand properly, you’ll need to position yourself in the basic boxing stance. As a refresher, you're standing with your feet shoulder-width apart, with your lead foot slightly ahead of the other. Your hips should be turned slightly on an angle away from your opponent, creating a smaller target. Your knees are slightly bent and while your lead foot is flat on the floor, your back foot should be slightly elevated at the heel.

Distribute your weight evenly between your flat lead foot and the ball of your back foot (in this case, your right foot). Keep your fists in a defensive position and your eyes on the prize.

Then—just like the jab—begin the right cross with rotation in your back leg. The goal is to ensure that the rotation of your foot travels through each joint in the knee, hips, and shoulder, building more and more momentum until it explodes forward from your body.

The movement in your foot should feel like you’re squashing a grape under your toes, all while turning the knee and hips towards your opponent. Rotate through your upper body and into the arm, turning the knuckles over 180° as you move toward your opponent. Push that power through your body, from lower to upper and out. Just remember to keep your left hand at your chin to protect your head for consistent defense!

The straight right hand should be used sparingly—like a secret weapon. When it does make an appearance in a fight, it should be used with bad intentions!

Safety When Executing the Right Cross

Since this punch is such a powerful tool, it can lead to injury-- particularly in the shoulder-- if not used correctly. When thrown improperly, the biggest danger in the right cross is over-extension during the rotation. This occurs when you throw the straight right hand with too much force and upset the balance of your stance.

Too much weight shifts toward the lead leg, leaving you exposed to counter attacks and too slow to defend yourself. A balanced center of mass will allow you to throw punch after punch with devastating speed, accuracy, and efficiency.

Now, you’ve learned the anatomy of throwing a straight right hand! To perfect this punch, work on maintaining your balance by shifting the focal point of power from your arms to your torso, which will keep your center of mass beneath you.

In the next post, we'll cover the anatomy of the left hook.