How the 7 Hermetic Principles Affect Boxing

“Every Cause has its Effect; every Effect has its Cause;
Everything happens according to Law;
Chance is but a name for Law not recognized;
There are many planes of causation, but nothing escapes the Law” 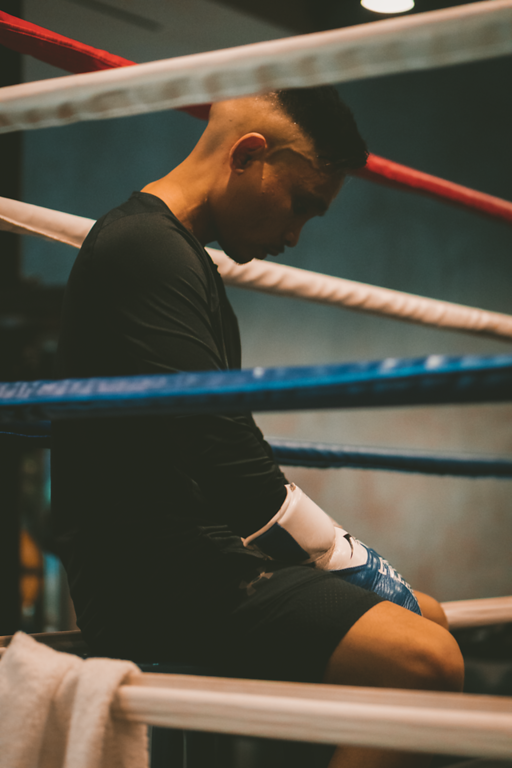 Have you ever thought of cause and effect in terms of delegating your own change? Meaning, rather than imagining that you aren’t able to achieve something, like say a certain weight or boxing move, consider that each action you take leads to a result. In that sense, you can choose to be in control of your future. You can effect change not only within yourself, but for your workplace, community, and even society.

The law of cause and effect is the one that rules our world. While many do not notice, it’s a constant reminder of the choices you make and the actions you take. As one of the 7 Hermetic principles, the principle of cause and effect argues that nothing happens merely by chance.

Let’s look further into the hermetic concept of cause and effect, and examine how we can shift our mental state to live more consciously and purposefully, both in our personal and professional lives.

Self-help and mindfulness are two popular teachings alive in our society today. Everyone is out to better understand how the world works, where we humans fit in, and how we can leverage our knowledge of the two to lead happier and more meaningful lives.

Although self-mastery is a booming industry today, it’s not a new concept. Thousands of years ago, philosophers sought to understand the universe and natural law. In pursuit of a comprehensive guide to the laws of the world, they wrote several ancient philosophical books. These manifestations have been written down and published by the yogi publication society in a text called the Kybalion. The Kybalion contains hermetic teachings outlining natural law and the rules of the universe as they understood them.

What Are the 7 Hermetic Principles ?

While each of the principles from the Kybalion, or Hermetic philosophy, can affect your boxing training, the teaching of cause and effect is one of the most prevalent in any boxing studio.

Hermetic Teachings on Cause and Effect

Hermetic philosophy says that the general masses are usually carried along, being affected by and becoming the product of the environment around them. They might settle for what is more convenient, rather than taking action to create change to reach their true potential.

With their ancient wisdom, though, Hermetists chose to elevate their state of consciousness to operate at a higher mental, physical, and spiritual state. Instead of just living with the effects of the actions of others around them, they decided to take control of their reality.

These people can dominate their minds, emotions, and their surrounding environment as a whole, MAKING things happen instead of ALLOWING things to happen.

The Modern-Day Law of Attraction

When you step into the studio, you don’t generally go without a plan and wing it. You contemplate what exactly you want to do— whether that’s hitting up a Gloveworx session or working one-on-one with your coach. You also likely have a long-term goal in mind, such as losing weight, building muscle, or becoming more stronger.

By mentally planning out the actions you are going to take to reach your goal, you are using the law of attraction. If you focus on negativity and carry the belief that you cannot succeed, you are likely to follow along with the crowd and not create change. However, if you are focusing on positive thoughts and the success you want to see, you can take massive action and find a way to achieve that success. That’s when you’ll begin to take action (cause), and the effects (success) will follow.

Applying Cause and Effect to Boxing

Within the Gloveworx family, any contender who chooses to take charge of their lives and step through the doors of our studio is already operating with CAUSE, not through EFFECT.

The contenders who rise out of bed before dawn, regularly tackling a 6 am sweat session before work are sacrificing their sleep. Those who show up to get it done after working hours are sacrificing their comfort and relaxation after a long day. Those who rise and fall rise right back up again. But their sacrifice doesn’t come without reward. These are the movers, not the observers. They are those who are choosing to take action and create the change they want to see, rather than merely wishing for change.

Is Cause of Effect in Charge of Your Life?

Consider your own routine. Is Cause or Effect in control?

Think about how this powerful concept can translate to your entire life, not just in the ring but out of it as well. Do you see gaps within your workplace? Whether that be gaps in the services you offer or gaps within the work culture itself, those are realities that can be changed, if only one were to take meaningful action. How about at home? If there are parts of your home life that feel broken, the pieces won’t pick themselves up. You have to live consciously enough to take that control and work toward fixing what needs to be fixed.

Imagine the purposeful, meaningful, and thought-driven life you could lead, simply by putting the hermetic principle of cause and effect into practice, daily.

The coaches at Gloveworx don’t sit back and wait for results. They get up and work for them every day, and they are here to help you do the same. Start now. Start taking control, start taking action, stop putting it off. Begin living with meaning and purpose now. Book a session and get in the ring and fight for the change you want to see within yourself.

“The strength of the team is each individual member. The strength of each member is the team.” - Phil Jackson. Proof of this👆🏽. #becomeunstoppable #getinthering